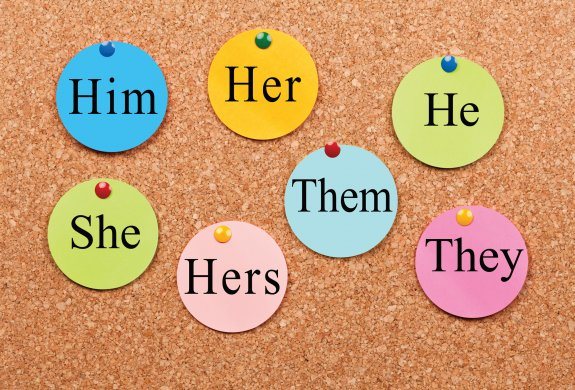 Here are some terms that are frequently used to describe trans, gender diverse and non-binary people.

Terminology around gender diversity is constantly evolving and varies in different countries as well as changing over time. Some older members of the trans and gender diverse community use terms that are no longer commonly used among younger trans people. It’s important to respect the personal preferences of any individual and this will make your interaction and communication a more positive experience.

A person’s innermost concept of self as male, female, a blend of both or neither. One’s gender identity can be the same or different from their sex assigned at birth.

The external presentation of one’s gender as expressed through one’s name, clothing, behaviour, hairstyle or voice, and which may or may not conform to socially defined behaviours and characteristics typically being associated with being either masculine or feminine.

A term to describe people who do not conform to their society or culture’s expectations for males and females. Being transgender is one way of being gender diverse, but not all gender diverse people are transgender.

A person who was thought to be male when born and initially raised as a boy.

A person who was thought to be female when born and initially raised as a girl.

A term for someone whose gender identity is not congruent with their sex assigned at birth.

A term for someone whose gender identity aligns with their sex assigned at birth.

A term to describe someone who was assigned female at birth who identifies as a boy/male/man.

A term to describe someone who was assigned male at birth who identifies as a girl/female/woman.

A term to describe someone who doesn’t identity exclusively as male or female.

A person whose gender identity varies over time.

A term to describe someone who does not identify with any gender.

Aboriginal and Torres Strait Islander people may use these terms in a number of different contexts, however they can be used to refer to trans and gender diverse people. Brotherboy typically refers to masculine spirited people who were assigned female at birth. Sistergirl typically refers to feminine spirited people who were assigned male at birth.

A term that describes the distress experienced by a person due to incongruence between their gender identity and their sex assigned at birth.

The process by which a person changes their physical sex characteristics via hormonal intervention and/or surgery to more closely align with their gender identity.

Please note: surgical interventions for Australians under the age of 18 are not legal without court orders being sought.

To misgender is to refer to a TGDNB person using a pronoun that does not reflect that person’s gender identity. To purposefully or persistently misgender someone is a sign of great disrespect and can do terrible harm to that person.

Pronouns are commonly used to describe a person’s gender identity. We often do this without really thinking about it, replacing a person’s name with a gendered pronoun. For example: “Lexi has got gig tonight. She is amazing!”

For trans, gender diverse and non-binary people, it’s really important that we use the name and pronoun that reflects who they are. We know from research that young people who have their names and pronouns respected have better health and wellbeing outcomes if their family and community adopt their name, pronoun and gender identity.

Mistakes will happen, but sincere effort is always appreciated.

Here are some great resources on pronouns and why they are important.

The Pronoun Lowdown by Nevo Zisin

What Are Pronouns And Why Are They So Important? Minus18

Open
“I will never have Georgie in a position where s

Open
Dear young trans people and your families, You ma

Open
We are thrilled to be at the @vicpridecentre today

Open
We are hiring! We are looking for a Project Manag